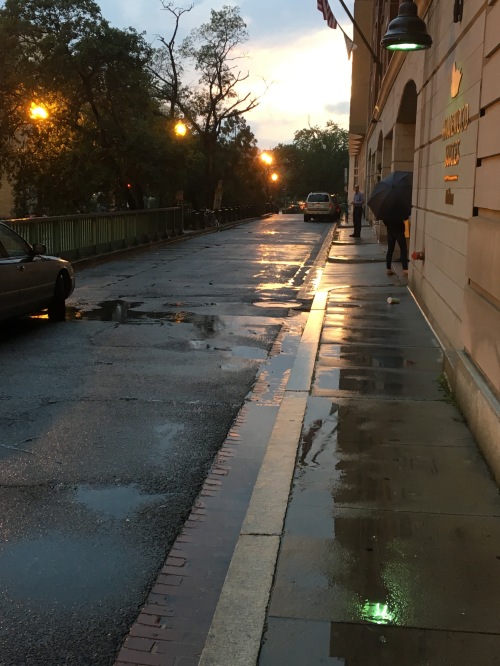 I finished the last sip of my 12-ounce latte and packed up my laptop, garnishing a smile that revered accomplishment.  Already, I had begun Memorial Day weekend running from site to site, paying my respects to my friends Abe, George, Tom, Frank, and Martin on a beautiful morning on the Mall, and now I was on the eve of another successful writing session at the Slipstream Coffee Shop.  After what seemed like a grueling month struggling with writer’s block, chapter 7 of my latest work, “How to Clean Your Conscience,” was finally coming along.  “Hey, maybe I can actually roll with the best of them, these cool coffee kids,” I thought to myself as I exited the café and hung a right onto 14th street.  Despite my desire to continue writing, a growing appetite fueled my departure.  Good ol’ southern food was on my mind, and it had been much too long since my last visit to “Oohh’s and Aahh’s Soul Food,” made famous by Guy Fieri himself!

A small hole in the wall on U street across from the African-American Civil War Memorial and right off the green line metro, the restaurant became a weekly staple upon its discovery during my first DC outing.  The mounds of collard greens, award-winning mac and cheese, and other assortments of southern cuisines packed into your meal are nothing short of abundant.  And their wings… ah, my favorite.  Just the right amount sweet, spice and mix of zest, and the only thing between me and comfort food bliss was a 20-minute walk through the hippest neighborhood in DC.  For the first time since my arrival, I felt the confidence that I was cool enough to make the journey.

Several restaurants catch my eye.  The Pig—fancy BBQ perhaps?  I’ll have to try it one of these days.  Shake Shack—that place is awesome!  Been there 4 times already.  El Diplomate—some French-ass restaurant.  Heard they’re a little slow with the damn croissants.  Busboys and Poets—Masters told me about this place.  Sounds lame.  Probably is.  Who cares?  The variety, from causal to fancy, to everything in between was impressive, no doubt.  All seemed like good prospects, but it was Oohh’s and Aahh’s that I had a hankering for, and nothing could veer me from it.

A few blocks down the street I see a Pacer’s Running Store.  I hesitate for a moment, contemplating whether to check it out.  Gee, I’m really hungry, but I mean, since I’m here, might as well drop in and take a look.  Maybe there’s a running group or two to join.  I enter the store.

15 minutes and $147 dollars later I turn to the exit, a complete antipodal revealed before me.  Solid sheets of rain crash down on the streets.  Streaks of people can be seen running past the store as heavy beads drop at a fast and violent pace, their arms over their heads holding newspapers, jackets—anything they can do to mollify the wrath.  This city wasn’t prepared for this type of assault.  Equipped with only a t-shirt as my top layer, neither was I.

I develop a plan.  Run to U street.  The metro station can’t be that far from there.  Go in and exit on the other side.  Ooh’s and Ahh’s will be right across the street.  It would work—it would have to.  I take a deep breath and brace myself for the ensuing chaos.

I make it a block in a pseudo walk/jog.  The speckles of rain first absorbed into my shirt spread rapidly.  Few dry spots remain, and Mother Nature is obstinate in its pursuit to complete the jigsaw puzzle.  My God, I’ll never make it.  Mission abort!

My head whips from side to side, desperate for answers as I am continuously pummeled with goblets of water.  Any longer and I’ll be completely drenched—a top candidate for hypothermia.  Look, across the street—Trader Joes.  Risky, but at least it’s not Whole Foods.  With an illegal and dangerous J-walking maneuver, I make a break for it.

I wander inside the store for 10 minutes, waiting for the storm to clear.  It doesn’t let up.  I grow anxious, hungry—impatient.  All these ethnic cuisines, these yuppie-hippie infusions… so much organic, non-GMO material—I can’t take it anymore!  Desperate for any form of sustenance, I grab the first thing that makes an impression, a box of baked ziti and check out.  The disappointment of a proper meal will soon begin its diffusion into my soul. 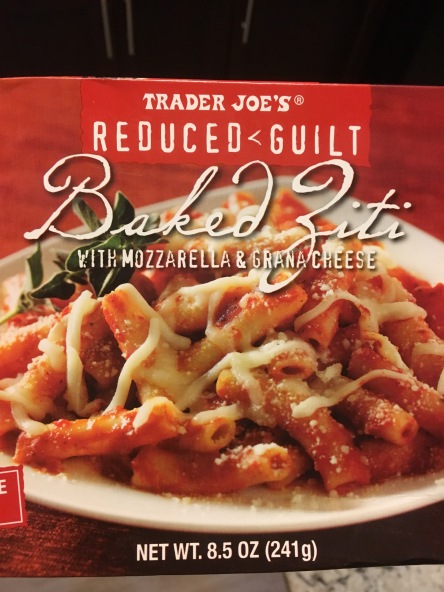 I call for an Uber.  Judging by the volume of people crowded under the cover of the store’s entrance with their faces buried in their phones, I’m not the only one with the idea.  The sheer number of requests drives up the demand, and for the first time, I opt for the communal, Uber-Share service.  My God, I’m becoming one of them!

Unlike most of the cool and urbane Uber driver’s I’ve encountered thus far in the city, this one’s a mad man, especially considering the conditions we’re in.  With limited vision, he screams through the streets, weaving in and out of traffic, crashing through puddles, and often traversing through narrow alley ways to reach his destinations.  Often, he comments on his erratic driving behaviors, as if nearly averting a major accident is all part of a fun game.  All I can do is react with a nervous chuckle and pray for my safety.

By miracle, we make it back to the Homewood Suites with zero casualties.  I worry for the girl left behind as he drives away, the rain far from ending its relentless punishment on the city.

It’s an all too common scene these days, waking to a spotless sky, only to be surprised by a freak rain storm a few moments later.  One minute, you’re suffering from a sweltering sun compounded by an unbearable humidity, a dismal combination that leaves you in a pool of sweat by the end of your morning commute.  Then, if the heat doesn’t make you uncomfortable, the instantaneous downpour will.  At least once already, it’s tricked me into walking into work ill-prepared, resulting in a soaked outfit by the time I enter the office.  If there’s one thing I’ve learned with these unpredictable weather patterns, it’s that wife beaters are life savers.  Oh, and wear white at your own risk.  It leaves little to the imagination.

Ok, time out.  Look, literally, as I write, another rainstorm has just swept in.  Surprise surprise! 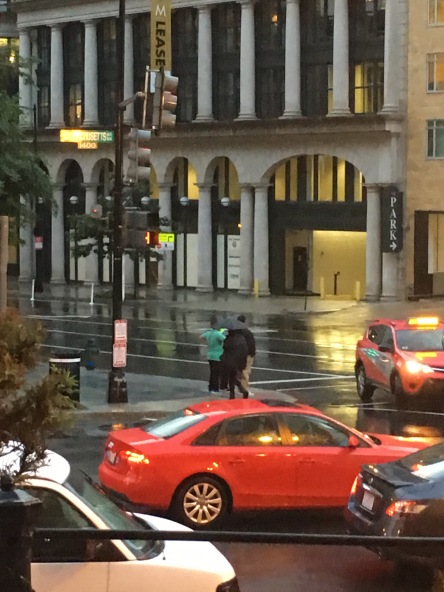 So far, I’ve missed two baseball games, all because of weather delays and cancellations.  The Mariners came into town last week too, and I couldn’t even watch them actually win a game for once, as potential heavy rainfall moved the game forward into working hours!  Even my third attempt to attend a game was hindered by the rain, causing adverse effects on the fans and players, on Star Wars day of all days!  At least I was still able to get my Chewbacca Koozie out of the ordeal. 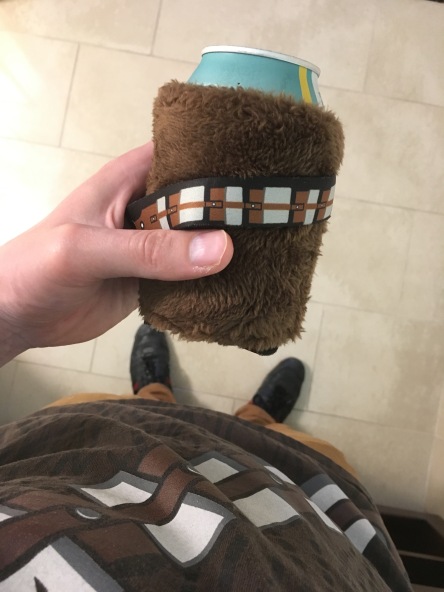 I don’t know how much more I can take.  I’ve already suffered through the wettest Spring in the Pacific Northwest in recent history, with a grand total of two sunny days in the month of March.  Two whole sunny days, and now this?  I thought I moved away from this crap!?

Not sure why I do it sometimes—endure the hardships, move to DC, walk in the rain, argue with Gibson over politics and football, subject myself to the ilk of Josh Ulrich and Ben Woodward…  My duty to God, the military, my country?  Maybe for the great patriots that have served before us, making the ultimate sacrifice so the rest of us don’t have to.  Yea, maybe for them, for people like Tom Brady.  That sounds pretty good. 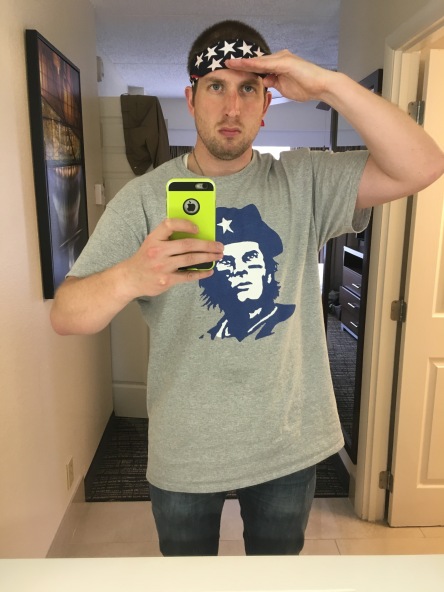